The pitted pavement beneath my feet

Stretching out, with no end

Me reaching out and

The road runs both ways

You say “Life’s just so busy”

Which means I’m not a part

I’m done with those

Those overgrown paths leading to

You won’t miss me

Because you never did

So, I’ll pave my own road

And be met by those headed my way.

I’ve been absent from the blog for a while. I haven’t even been keeping up with reading the other blogs I follow.

I want to write, but my depression has been so bad for so long, that I haven’t had the emotional strength or motivation to even attempt it. And my fiction ideas have dried up.

So, I want to try something.

For those of you that read my blog, is there something that you’d like to see more of?

If there’s one of my fictions you’d like to see continued, let me know which one.

If you’d like more of my personal history stories, shout out, & I’ll see about continuing that thread.

Or if you’d like me to write more about my struggles with anxiety & depression, ask, and ye shall receive.

I just feel like I need a push in some direction.

It’s not coming from my internal furnace, so maybe I need to seek it outside myself.

So…I’m asking for help, which for me, is a big thing.

Any and all ideas & requests are welcome, but may not all be followed, depending on my comfort level. 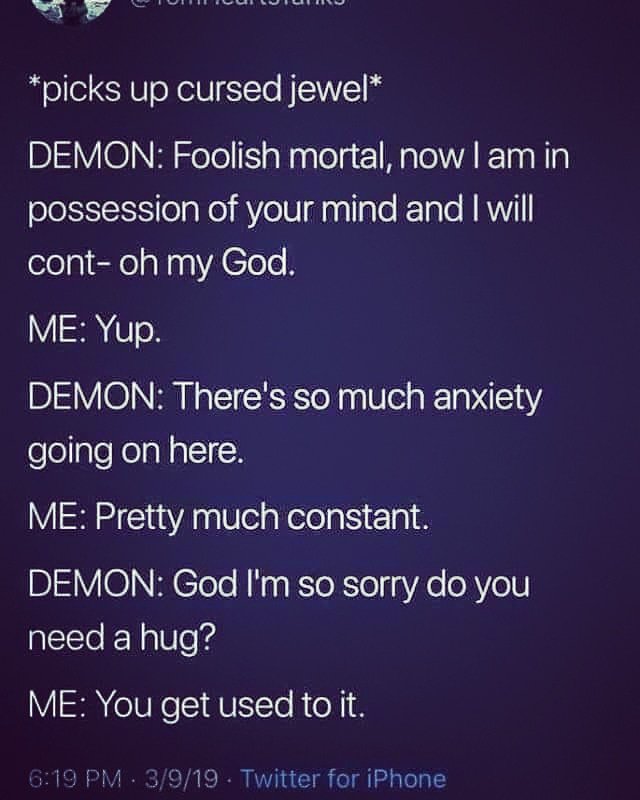 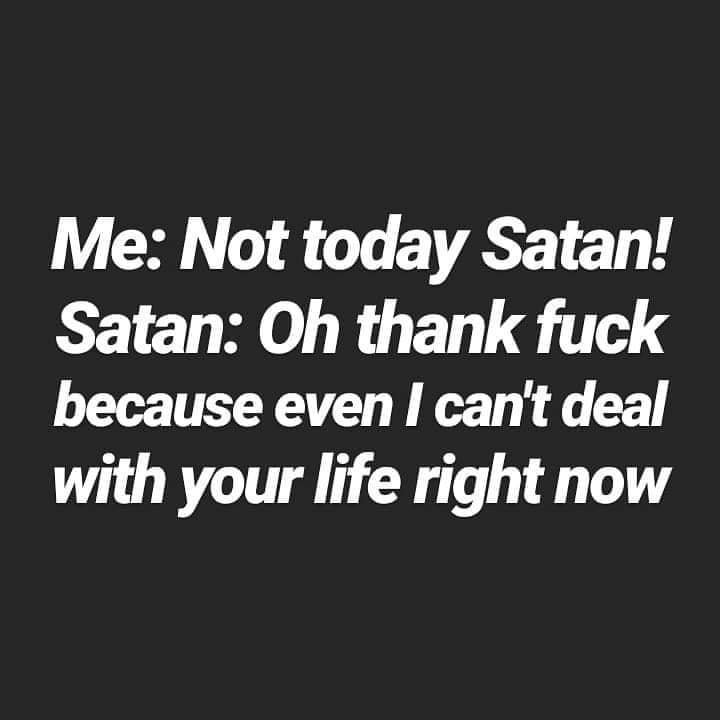 The way I smile whenever you look at me

The way you can make me laugh

The way you understand things about me

The way I shiver when you

And my hands shake sometimes

When I reach out to touch back

How you always ask

Even when I’m not

Especially when I’m not

And want to try to make it better

Even though I can’t speak the words

Won’t admit it out loud

Not even to myself

Knowing there’s no way you’ll say them back

I’ll see that look on your face

The one that says

So I stay quiet.

You know I love you

Repeatedly trying to claw my way out

Only to fall back again

Fingernails torn to the quick

Smeared in my hair

I receive no joy from food

I try to sing, only to stop halfway through

Trailing off into silence

Where did it go?

I turn my head

There is a beautiful, tragic agony

In the searing, illuminating glare

It slices deep, flaying you, rending you, driving sand and salt

Tearing the blinders, those rosy-hued lenses, from your eyes

Infinitely preferable to the soft comfort of the lie.

I’d rather the agony of truth

Over the warmth of the lie

Is you – laying yourself down in the bullshit they spread for you.

The warmth fades, but the stench clings.

In the full sunlight of Truth.

I wear my scars in words

Lashed fiercely around my waist

Slashed along my lips

Dripping from every pore of my soul

I wear my heart in my eyes

So I keep them down, most of the time

Look away, or be burned

Bathed in blue, they’ll tell you the truth

But I don’t wear my love at all

I fling it, give it away, pass it to the Chosen like candy,

Sweaty, heaping handfuls of love passed over, watching your face for acceptance…

I wear my scars with words.

And lay them before you in humility.

I wanted to write about this last night, but couldn’t. It was raw, & I’m not sure if I could’ve even written a coherent sentence without breaking down.

As though a friend died.

And I know, some might not understand, they might say…”But you didn’t know him, he was just another celebrity, blah, blah, blah…”

Chester has never been just another celebrity, or just a singer to me.

Pts. Of Authority was the first video, the first song of theirs I ever heard or saw, on MTV, back when they actually still played real videos.

I immediately fell in love with their style & their heart. Mike’s ability to rap his anger, his frustration & his Alpha status, Chester’s cracked-glass screams and his plaintive cry to the audience to hear his heart and his pain…they understood what was inside my head at any given moment. As though they were snooping through my daily emotions, and my nighttime dreams & nightmares, they seemed so in tune, so in synch with exactly how I felt.

Hybrid Theory, Meteora, The Hunting Party, all these CDs have given me outlets for my emotions in one way or another.

Their music has gotten me through some of the darkest, most awful, deepest depressions of my life.

2007 saw Minutes to Midnight come out…and in 2009, my best friend/soul sister passed away.  Her nickname? Midnite. She passed, literally…minutes…before midnight… And Linkin Park was there for me with Leave Out All The Rest. (which to this day, I still have difficulty listening to without losing my shit)

Their album, A Thousand Suns, released in 2010, was the music that got me through my divorce in 2011. I listened nonstop to that CD, playing it over and over…screaming and crying through the lyrics.

And… This year’s One More Light…breaks my heart…and mends it…and breaks it again…over and over.

The song, Heavy, so exactly describes what it’s like having anxiety, it makes me wonder, again, whether the guys have set up cameras inside my head.

Good Goodbye… Is just brilliant. Both song & video. Although, I’m not sure if I’ll be able to watch any of the videos for a while that have Chester in them. Not without breaking down.

But…Sharp Edges…wins. Hands down, my favorite song on the album. I love them all, I really do. But that one – for some reason, just grabbed me by the heart & won’t let go.

Just like Linkin Park did all those years ago with Pts. Of Authority.

Just like Chester did with his cracked-glass pain-filled cry.

Just like Mike did with his Alpha rapping and his smooth synchronous singing.

I never got to see them in concert.

It might sound selfish, but to me, it tears a hole in my heart every time I think about that fact. I will never see them all together in concert. And the tears start again.

I hope the band does decide to stay together. I do. Someday…I hope to be able to see them in concert, even if it’s with someone else singing the other lead. But I know that’s not the top concern on the guys’ minds right now.

My heart goes out to them, and to Chester’s family. Their pain is immeasurable right now, I’m sure.

As a fan who loved his music, and as someone who feels as though she’s lost a friend… I leave you with this:

Songbird on my window,

Please sing a song for me

As I sit here crying

Songbird the end is nearing

I hear it, I am not wrong

You’ve flown, my eyes are tearing,

As I lay, curled on the floor

Dust dancing in the air

Landing softly in my hair

Softer now than before

Angled more towards the door

Flashing lights streamed in the window

Before it’s too late,

While they still want to

Before they walk away

Before the end of the day

Before it’s all over

You don’t know how much time you have

How much time they’ll give you

How much longer they’ll care at all 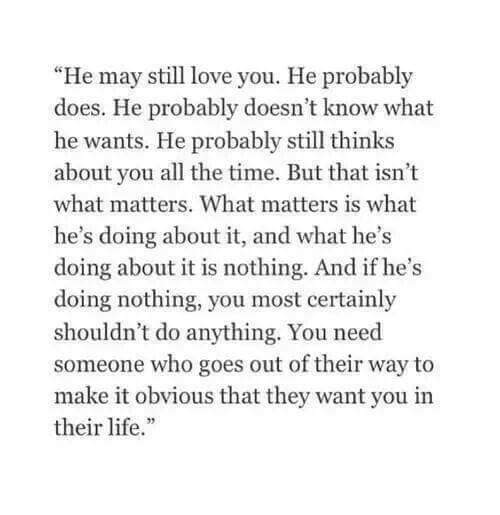 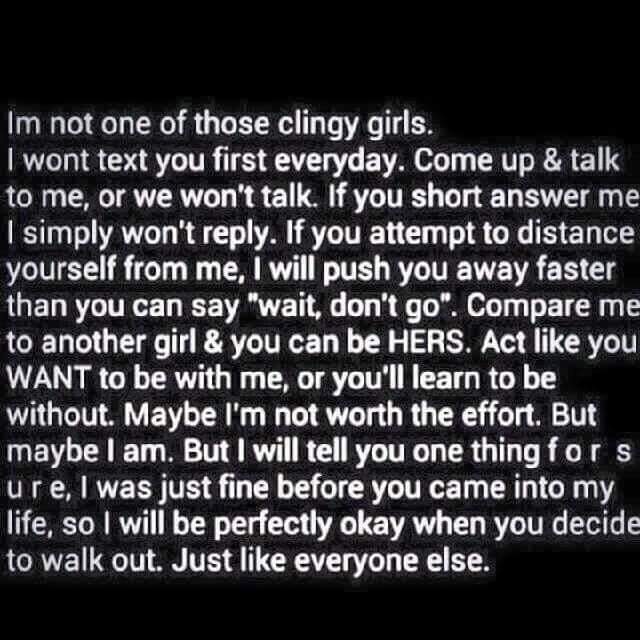 After dealing with a migraine today, it’s time for me to pass on some of the love.

But I don’t hear what

Seeing my own pain

How you never promised me

*funny how present life seems to imitate the past, ain’t it?*

One Tear for Me

Just cry one tear for me

Then I’ll be on my way

Please tell me that you loved me

At least you did one day

It matters to me now

What you have to say

Even if it won’t

When I am old and gray

I could have loved you deeply

But you just walked away

Before I had a chance

To say what I had to say

So just cry one tear for me

*damnedest thing, how these still sound so familiar*

My hands pressed against

I tap on the glass

But they don’t see

Their backs are turned

And then, so is mine

I turn and see her

With her hands pressed

As mine had been

I know that I

Am no longer alone.

We back away from the window

I noticed that too

We walk away together

Knowing that they are only

While we have the whole world

*this was for my best friend, who showed me how much bigger the world was, when all I saw was a small town*

*and here’s the last one I plan to publish here, as this has reminded me why I haven’t posted these before…*

Every time you see a happy child

When you see something free and wild

When you read a story

With a happy end

Or get a letter from

When you’re lost and alone

And you want to go home

If you’re sad or you’re blue

Know I’m thinking of you

When you see the sun come out…